Completely renovated in 2018 to heighten the acoustic qualities as well as the experience of the audience and of performing artists, the Université de Montréal Faculty of Music’s Salle Serge-Garant is an intimate and welcoming place, serving primarily as a hall for recitals, chamber-music concerts, masterclasses and lectures. 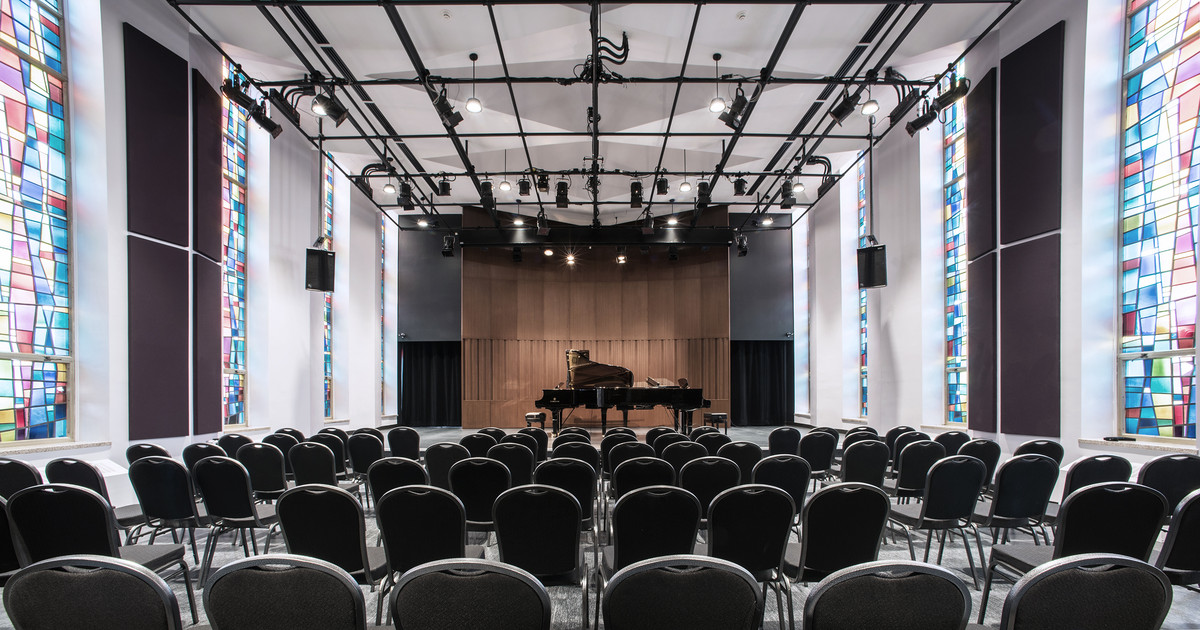 Known as “the chapel,” Salle Serge-Garant was initially used for religious services, and later for music activities, until the current Faculty of Music pavilion was acquired by Université de Montréal in the 1980s.

Who was Serge Garant?

A composer and conductor, Serge Garant was professor of composition and analysis at the Université de Montréal Faculty of Music from 1968 until his death. Among his students may be mentioned Walter Boudreau, Marcelle Deschênes and Michel Longtin.

After studying composition with Claude Champagne, Serge Garant took the analysis course of Olivier Messiaen at the Paris Conservatory. A fervent champion of contemporary music, he was one of the founders of the Société de musique contemporaine du Québec and also one of its conductors. He dedicated his career to the advancement of contemporary music and to the recognition of Québec music on the international scene.